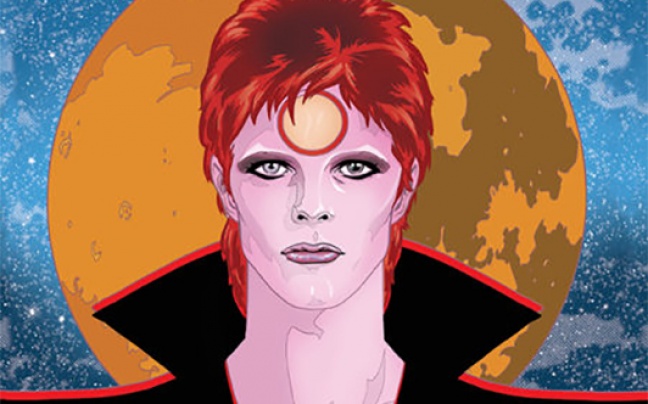 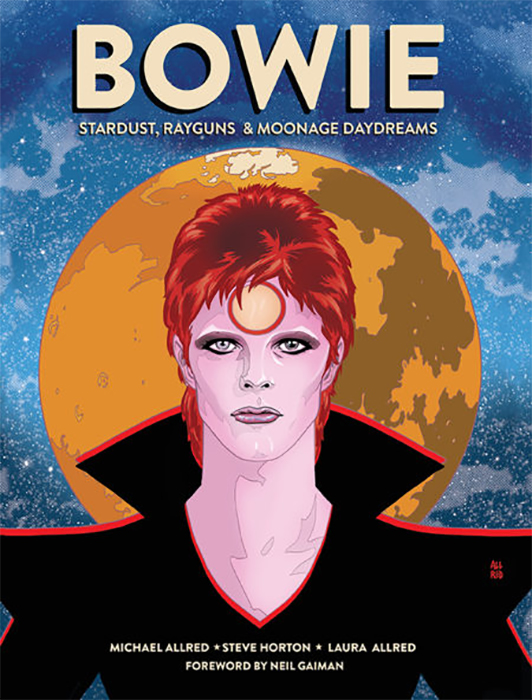 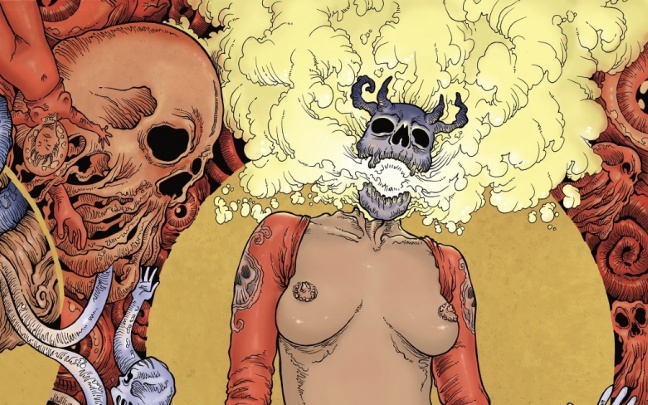 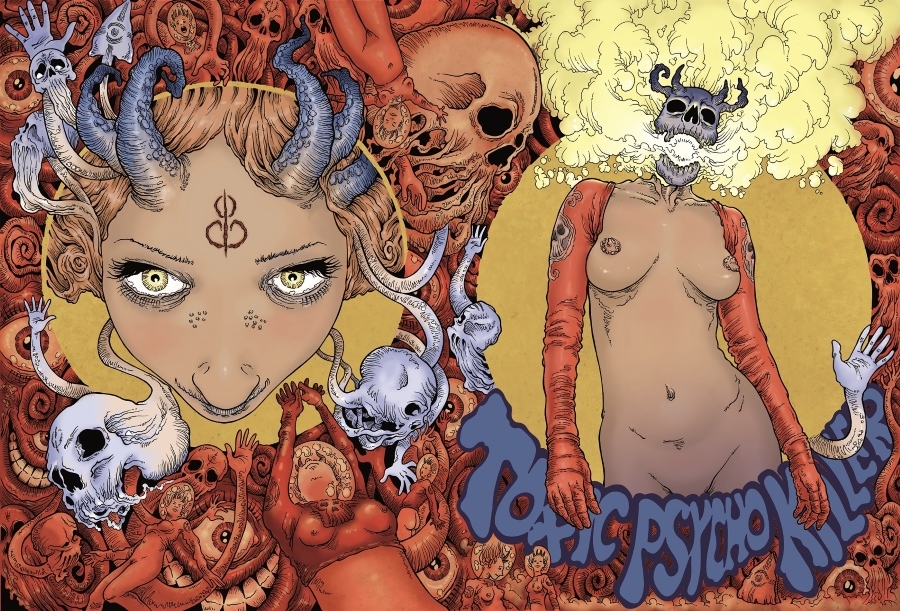 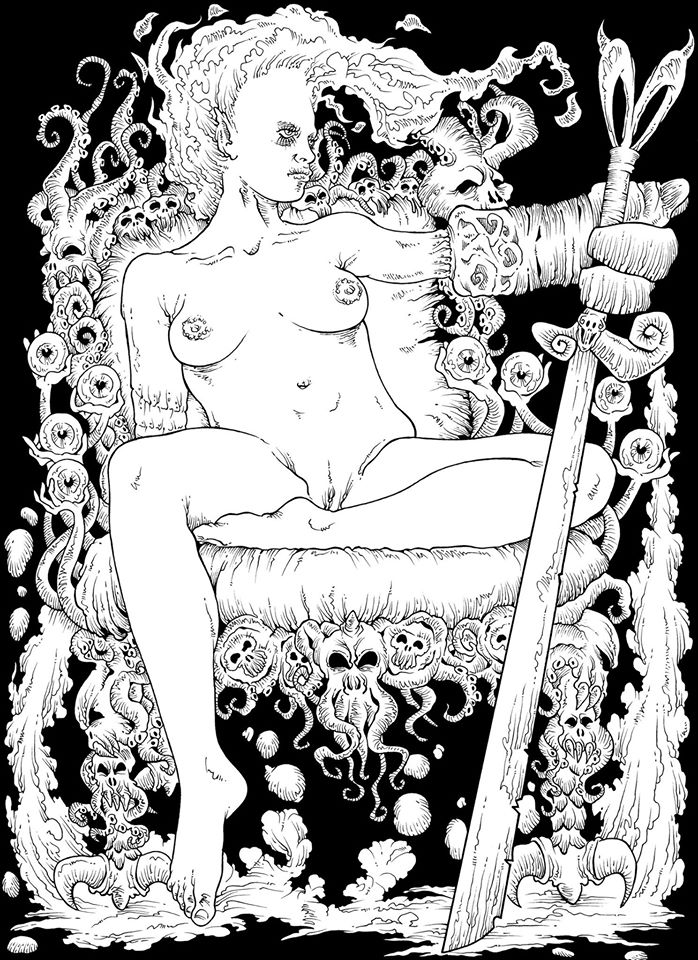 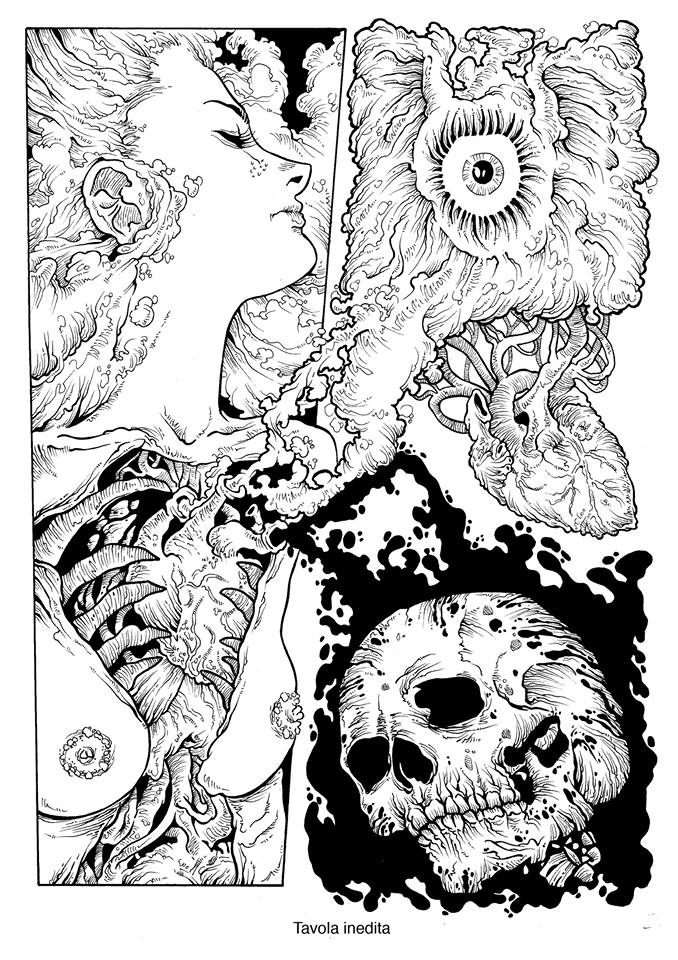 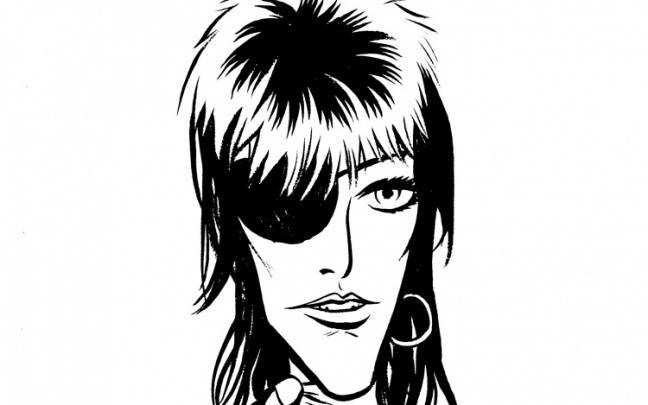 I wrote a comic about David Bowie. https://t.co/OVLxIFvi2j

I refuse to believe that David Bowie is dead. He just dropped an album. He's faked his own death. It's viral marketing. I'm in denial.

RIP David Bowie, Hope your final transformation is a good one.

Bowie changed the world by standing outside of it. Didn't seem like it could touch him. But he fooled us again by being flesh and blood.

Oh my fucking god. I'm incredibly saddened to learn that David Bowie passed away. What the fuck. It was way too soon.

At one point, we toyed with the idea of every #WicDiv god being based on an different aspect of Bowie. You could get 12 out of that, easy.

In the end, we went with Luci. pic.twitter.com/RLwePCcHko

Heart broken. I like to think somewhere Bowie and Freddy are dueting again.

David Bowie's work has influenced and shaped me as a person and an artist so much I don't even know where to begin. Very sad. Bye Starman.

Bowie didn't died, he just went back to his home planet. #RIPbowie #Diamondogs

Stunned and sad. The world is emptier now, and all they stars crashing down. My love and sympathies to @ManMadeMoon.

In passing, the last B-side in the last Phonogram out shortly is mainly about a Bowie record. Curse of Phonogram in fucking overdrive.

I was so excited when the new Bowie album popped up in my music library just a couple days ago. This doesn't feel real. #fuckcancer

"I can remember, Standing by the wall. And the guns shot above our heads. And we kissed, as though nothing could fall." RIP Bowie.

As sad as it is when someone like Bowie passes away, it's beautiful to see these brief moments when we're united in our love and respect.

The only thing to do now is go build the future David Bowie was living in. It was so strange and beautiful and that's why he showed it to us

He's making me a list and I'm going to listen to all of it. So, thanks David Bowie, for helping me connect with my dad

Shocked & saddened by the death of one of my heroes. RIP David Bowie.

Thinking about various Bowie songs. I was doing really well and then it was Kooks, of all things, that set me off.

Not many people manage to be the inspiration for Lucifer *twice* pic.twitter.com/RmGbeT66ms

Hero. Forever and ever.

So many storytellers are content with pandering to our comfort or congratulate themselves for pure antagonism. Bowie lead us to new places

I know it's probably more Queen than Bowie, but it was the "this is our last dance" slow rise that got me, which I credit to Bowie.

I'll schedule a few of these to go out over the next few days. https://t.co/4us0vtWbgw

Impossible to have a favourite Bowie song – might as well have a "favourite song" – but this one comes close: https://t.co/vPpBq51CxL

I loved The Man Who Fell To Earth, and honestly imagined Bowie living to at least 100. His aura will stay with us.

"I feel so knocked out that something I've done has permeated these little seeds I've unwittingly planted" Bowie '02 https://t.co/pWwpkibtOQ

I know a lot of people will be crying tonight. And it's easy to make it about us. But two children lost their father A wife lost her husband

It's pretty terrific that Bowie gave us another album in the time he had, and that he saw it released before he passed.

Bowie existed so all of us misfits learned that an oddity was a precious thing. he changed the world forever.

RIP David Bowie. You were my mother's favorite musician, the soundtrack of my childhood….the sound of home. pic.twitter.com/rSgiJtClLR

You can count the number of events in my life as seismic to me as discovering David Bowie on one hand.

Think of all the art, all the beauty we wouldn't have if not for David Bowie. Not just what he created, but what he inspired.

Culturally, where does Bowie end? Feels like he's in everything. Background radiation.

David Bowie as Nikola Tesla in The Prestige pic.twitter.com/otLDml1g7w

I feel a bit weepy about Bowie. He was woven into the fabric and DNA of a couple of generations.

I remember watching The Prestige for the first time and being delighted at Bowie playing Tesla. Seemed perfect.

#NowPlaying When I Live My Dream by David Bowie ♫ https://t.co/D2H6rmN2hZ

The irony is, despite his alien persona, Bowie always seemed incredibly down to earth.

I danced to Bowie at my wedding and he's propped me up so many times while I've been down. This is unbelievably sad.

Ahh, bairns today. Gotta love 'em, the poor bastards. We got Bowie, they get Bieber. https://t.co/2SUhiFXSBg

Bowie's music never lingered for me, but I feel for everyone who woke to a gut punch. It's fine to cry for artists you loved.

Keeping myself together with the thought that Bowie wouldn't cry *his* makeup off.

I don't care what anyone else says, I LOVED the first Tin Machine album. #Bowie

For me Bowie will forever be the fairy tale king that lived among Brian Froud goblins and Jim Henson Muppets at the center of the Labyrinth.

Retweeted MaffewOfBotchamania (@Maffewgregg): R.I.P. Bowie The queue to the afterlife must be look like fucking Argos at the minute.

"My brain hurt like a warehouse, it had no room to spare I had to cram so many things to store everything in there" Bowie. Lyrical genius.

Im not usually affected by celeb deaths but this has really shaken me.

I mean, this death cover story is fine but we all know that David Bowie's spaceship finally picked him up. https://t.co/7sL8w53UZU